Stephanos Stephanides (22 October 1949) is a Cypriot-born author, poet, translator, critic, ethnographer, and documentary film maker. In 1957 he moved with his father to the United Kingdom and since then he has lived in several countries for more than 34 years. He returned to Cyprus in 1991 as part of the founding faculty of the University of Cyprus where he holds the position of Professor of English and Comparative Literature. Stephanides’ dominant and literary language is English, and he is also fluent in Greek, Spanish and Portuguese. His early migration from Cyprus to the United Kingdom and subsequent work and travel in many countries has been influential in shaping the transcultural characte 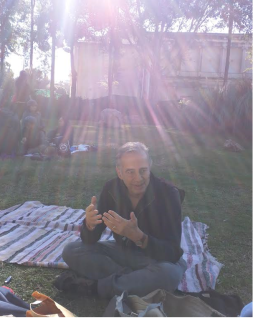 r of his work. His creative and academic writing span issues of cross-culturality, dislocation and migration.As a young lecturer at the university of Guyana, he became deeply interested in Caribbean literary and cultural expression and his anthropological work with the descendant of Indian indentured labourers in Guyanese villages and sugar plantations marked the beginning of a lifelong interest in Indian culture and the Indian diaspora. His documentary film, Hail Mother Kali (1988) deals with a religious ritual of descendants of Indian indentured labourers in Guyana.

One thought on “About”